The detailed images of the mantle transition zone (MTZ) give insights into the nature of mantle upwelling from the deep Earth. We use receiver function to investigate the MTZ structure beneath the Mongolia Plateau using earthquakes recorded by 223 stations deployed in the Central Asian Orogenic Belt. The topographies of the 410 km (D410) and 660 km (D660) discontinuities are both characterized by slight depressions in most parts of the Mongolia Plateau. An obvious low-velocity layer (LVL) atop the MTZ with an average thickness of ∼40 km is observed beneath this study area, indicating the hydrous partial molten layer atop the D410 and a hydrous MTZ. The D410 depth of ∼410 km and the LVL up to ∼60 km thick beneath the Dariganga volcano imply that there is a chemically distinct hydrous upwelling related to the subducted Pacific slab rather than a classic thermal-dominated upwelling. The ∼10 km thinned MTZs are found beneath the western Hangay Dome and the Middle Gobi volcano. A narrow NS-trending MTZ thickening zone extending from the Hovsgol rift to the central Hangay Dome is mainly caused by a ∼10 km depression of D660. We speculate that the mantle upwelling beneath the Hangay Dome may be related to the stagnant slab descending through the MTZ, rather than being rooted from the deep lower mantle. Hydrous melting-driven upwellings from the MTZ beneath the Mongolia Plateau play a key role in intraplate volcanism. 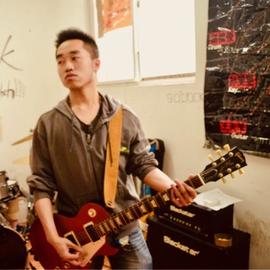